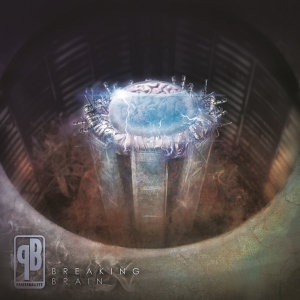 The band established and always made use of the artistic principle they call “Verkrassung”. This German term stands for the idea that preconceptions should be challenged and anything inviting to it should be infested with contrasts. Jazzy complexity merges with the warmth of the blues and influences of world music fuse with the relentless brutality of metal music. This band only accepts the existence of borders to pulverize them. On this account Breaking Brain does not only hold a fascinating interpretation of Piero Umiliani’s Mahna Mahna, but also offers originals like the violent FrantiK Nervesaw Massacre. The record’s flagship song, however, is the complex Typewriter II, which incorporates programmed samples of the referenced analogue typing tool. As the title indicates, the piece was conceptually inspired by Leroy Anderson’s Typewriter.
Asked about what the audience should be prepared for on the upcoming Breaking Brain tour, the band offered the following answer: “A soulless and overly cerebral exhibition of virtuoso musicianship that will touch your hearts and make your jaws drop.”

Buy in our shop