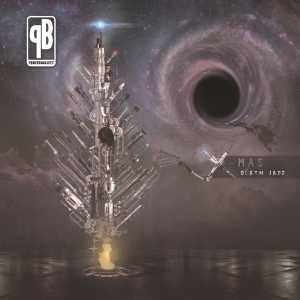 On X-Mas Death Jazz Panzerballett this time utilize universally known Christmas songs from all over the world such as White Christmas, German classic Leise rieselt der Schnee as well as Last Christmas. However, the jazz-metal impresarios show no mercy so that, except for the basic tone progression, no stone is left unturned – none whatsoever. Once again Panzerballett utilize their self-perfected concept of “Verkrassung” (“extremization”) and thus create jazz metal monsters that fuse technical force with the warmth of ease. The musicians’ virtuoso skills add to a record that does not only have something to say but is also an enormous amount of fun. X-Mas Death Jazz can be summed up in few words: Hooray, de-christmatized Christmas! Panzerballett have evolved from the status of the insider’s tip a long time ago, which is why it is no surprise that guest musicians like Mattias ‘IA’ Eklundh (Freak Kitchen, Steve Vai), Mike Keneally (Frank Zappa, Joe Satriani), Jen Majura (Evanescence) or Steffen Kummerer (Obscura) – a raft of glitzy names – have agreed to be part of X-Mas Death Jazz.

Buy in our Shop